No More Cursing the Darkness 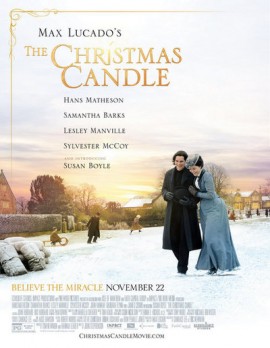 When was the last time you watched a movie or a television program and were disappointed that the content opposed your morals? Yesterday? Today? If you lament the decline of values-oriented entertainment options for your family, you are not alone. But there is hope.

I recently had the opportunity to hear a presentation by former U.S. Senator and 2012 presidential candidate Rick Santorum, a faithful Catholic. At present, he is serving as CEO of EchoLight Studios, a fast-growing faith-and-family film production company. For those who see his position as an odd fit, he explains: “If liberal actors and producers can get involved in politics, then conservative politicians can get involved in Hollywood.”

He outlines briefly how the state of the entertainment industry has evolved over the last century:

What’s the solution to changing the culture? For decades, those of us who yearn for good, wholesome, virtue-centered entertainment content have found ourselves playing defense. But Santorum advocates getting on the offense. “We have to engage,” he says.

Admittedly, Hollywood is quite skilled at producing content with high production values:

However, there are subtle, if not blatant attempts to desensitize viewers by slipping in scenes that chip away at our moral sensibilities. But what if there were movies made that could sensitize the secular world to the beauty of faith, goodness, and truth? And what if these movies featured stellar production values? People would view these films, and perhaps culture could begin changing from the inside out.

EchoLight Studios is laboring to meet the demand (and, yes, there is a demand) for high-quality and uplifting films that celebrate family and champion faith. Opening in theaters across the country on November 22 is the movie The Christmas Candle. A period piece set in the late Victorian era in a small English country village, the miraculous and human collide in the most astonishing Christmas the village has ever experienced.

A cast of veteran actors, a script based on Max Lucado’s book of the same name, and photography by a Harry Potter cinematographer combine to yield a visually captivating and thoroughly entertaining movie. I invite you to watch the trailer.

Santorum urges those of us who crave entertainment options of this type to see the movie its opening weekend. A strong early turnout of viewers will encourage additional theaters to carry the film, giving more people the opportunity to experience the picture. The snowball effect can be massive.

I invite you to join me the weekend before Thanksgiving in going to see this movie. And please share the links I’ve provided here with family, friends, and your church leadership. “It’s better to light a candle than to curse the darkness” is an adage that we can adopt as our own and enact in our lives by going to watch The Christmas Candle, and other movies that oppose the darkness of modern culture by encouraging and inspiring the light of faith.

How can I promote good, wholesome, virtue-centered entertainment in my family?

Claudia Cangilla McAdam has a Master’s degree in Theology from the Augustine Institute. A published author and professional speaker, her works include Awakening, a novel of biblical historical fiction. Visit her at Claudia McAdam.com