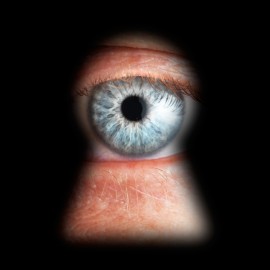 Jason, a 15-year-old sophomore, stormed upstairs after a disagreement with his parents. His mood didn’t improve when he saw his bedroom door had been removed.

As in, taken off the hinges and stored who knows where.

It’s a dangerous world out there and made more so by the technology that easily keeps parents out of the loop – cell phones, Facebook pages, and so on. My sons used to find it comical when I described a world where calls made on a rotary phone (what’s that?!) were screened by my aproned mother who kept a jampacked call log – involving five high school kids – in her head. But there was a benefit to us kids; she knew who called and how often, who the questionable types were, where the parties were happening. We would say we didn’t like it, but even back then, there was some comfort in knowing a parent was watching out for us.

I recall watching a crime show on TV in which a teen boy committed a horrible act of violence that shocked the neighborhood and paralyzed his parents with grief. When interviewed, they mumbled that their son was very emphatic about his “right to privacy” and kept his bedroom door padlocked. Said his mother, weeping, “I wouldn’t dare go in there. He wouldn’t allow it.”

Huh? He’s 15! He doesn’t get to dictate rules to his parents; it’s the other way around.

Privacy is something parents grant to their children out of respect for their need for modesty and an occasional retreat into quietude so they can think, reflect, do homework, and yes, pray. One of the things the Church asks us parents to do is create a home where the spiritual life can be fostered and where a child can develop an interior life. Quiet is necessary for this. A child needs some time alone.

But the notion that a child has an ironclad “right” to live under his parents’ roof while maintaining a secret life that intentionally closes them out is false and destructive. When we had teenagers, our rule was that nothing that came into our home was off-limits to us. We had their passwords and they knew we might go into their emails and Facebook accounts whenever.

Of course part of respecting them as persons meant we didn’t nosy around just because we could. When our boys came home from retreats and had letters written to them from teachers and friends, we let them decide if they wanted to share those things with us. But we were clear that in our house, privacy was a kindness extended to them out of love. It was ours to give, not theirs to claim.

In Jason’s case, he had gotten into trouble and had been caught with things that were clearly not good for him. After conversations about this problem, when he defied his parents’ authority and insisted on locking his door to keep them at bay, they removed it.

And so would Jason. He’s 23 now, a college graduate and engaged to be married. Funny how things our parents did when we were young begin to make sense. In a recent conversation, Jason said he has very clear ideas about what kind of father he wants to be. Involved, concerned, and protective are at the top of the list.

Am I allowing my teen too much privacy, possibly at the detriment to his/her soul?

What are things I could do to protect my children more, so they can truly become the children God created them to be?

Eileen Love arrived at Endow in 2006 after many years in parish work. Eileen has worked as a director of religious education and was a featured columnist in the Denver Catholic Register from 1994-2000. She holds certification as a master catechist, is a 1994 graduate of the Catholic Biblical School, and has her master’s degree in theological studies.

You Are Not Alone: When Your Child Has a Debilitating, Emotional Diagnosis
January 19, 2014