5 teens from Texas. 6 in Ohio. 4 more from Illinois. Those were just a few of the teen driving deaths that happened in one bloody week earlier this year. The carnage has experts asking lots of questions about adolescents and their driving habits. 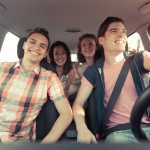 The Center for Disease Control and Prevention claims that “vehicle crashes” remain the leading cause of death for adolescents in America. But it’s not just a “big” problem; it looks to be a “growing” problem, as well. According an article in USA Today, the number of deaths of teen drivers jumped 19% in the first six months of 2012 compared to the first six months of 2011. (The date of these findings indicates the time it takes to compile such research.) In fact, 25 different states have reported an increase in teen deaths resulting from automobile accidents.

And because of teenagers’ attitudes and beliefs about driving, they could be in for a long stretch of rough road.

According to the research conducted by insurance giant Liberty Mutual and SADD (Students Against Destructive Decisions) on 1,708 juniors and seniors, 19% of teens actually think that driving under the influence of alcohol makes them better drivers. See more at: The Source for Youth Ministry

David R. Smith is a 15-year youth ministry veteran who helps youth workers and parents through his writing, training, and speaking. David specializes in sharing the gospel, and equipping others do the same. He co-authored his first book this year, Ministry By Teenagers. David provides free resources to anyone who works with teenagers on his website, DavidRSmith.org. David resides with his wife and son in Tampa, Florida.

You Are Not Alone: When Your Child Has a Debilitating, Emotional DiagnosisForming First Ripples: Modeling Virtue in our Homes

You Are Not Alone: When Your Child Has a Debilitating, Emotional Diagnosis
January 19, 2014